Accuracy and legitimacy when it comes to money are not one of those things you ignore and say it will sort itself. It’s one of those things that might cost you a lot in the business world. I hope you see the seriousness of this matter. If you are still not sure what I am going with this let me explain a little. Have you ever been left behind to count the money that has been transacted during the whole day in a certain business? Or maybe in a church after all the offertory has been submitted and the service is over then a few of the trusted ushers are left behind to help in counting to get the whole sum of all that was offered. It takes time to do that time and a lot of precision and accuracy so no matter what pressing matter you feel you have at home one cannot just do the counting in a rush and leave. No the pace has to be slow to get the right results to avoid carrying forward errors that may come to haunt the institution. 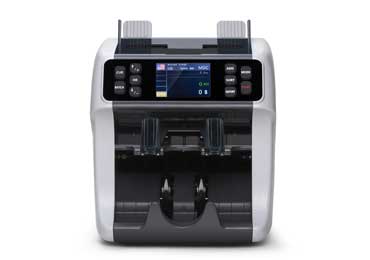 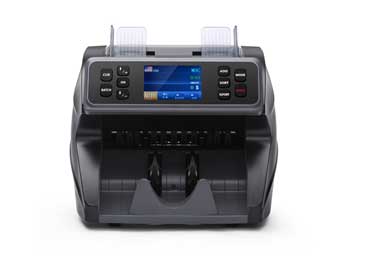 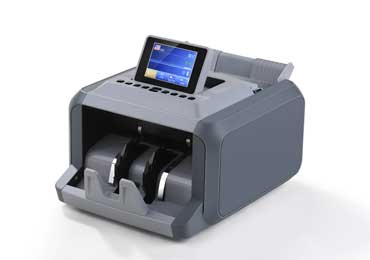 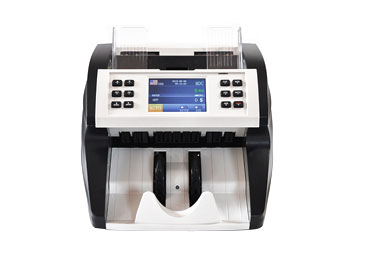 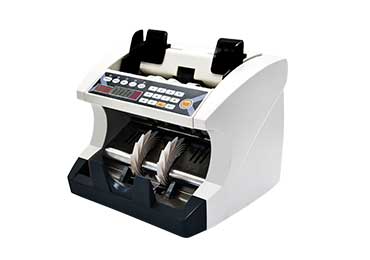 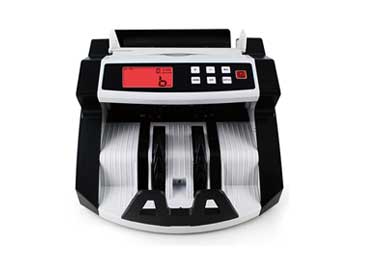 Feelteck FT-2090 is a colorful machine, you can select RED, BLUE, GOLDEN

We can all agree that everybody needs time to relax and Sunday or just the end of the day is that time that even the mind asks for rest. So instead of doing the hard work of having to count every note then writing the total down why not leave that work to a machine. Technology is one of those achievements that came to make work easier for us and no matter how skeptical you may be when it comes to trusting a machine to do anything for you. Sometimes it’s easier to just have faith and let yourself move with the current time and era. Give yourself the privilege to no longer have a headache when it comes to issues to do with counting the bills. 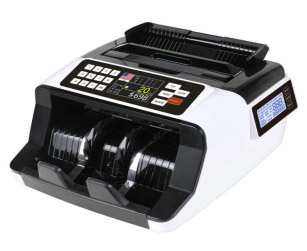 Features of a commercial bill counter

It has a hopper capacity that can take up to 200 bills at one time. We all know there’s no way you can be able to hold such numbers of bills at once in your hand. So this makes work easier in that no need to keep breaking your bills in smaller batches. Just put them on the hopper and leave the rest to the machine.

It has high speed. How long can it take you to count a batch of 500 bills at once, I would give you 1hr or maybe thirty minutes if you are fast. But remember that means you will be concentrating on that task at that time alone. The commercial bill counter has a capacity of counting above 1000 bills per minute. Just imagine the time it has saved for you and all the activities you can be doing at that time, helpful right.

Has a dust cover. Have you ever handled used-up notes then washed your hands after and realized just how dirty they were? Well, that should not worry you anymore as the machine can do away with the dust and the cover makes sure that it doesn’t come to you again.

Easy to use, it has a digital screen that enables one to follow through the process as the machine is doing its work. Instructions are written on the buttons so any you want the machine to do just press and the commercial bill counter is at your command to do all you wish.

Counterfeit mechanism features. The one worry that runs through anybody who handles a great number of bills in their institutions is to come across a fake bill and realizing it later. That’s not something anybody should wish to happen to them or others. It means that is a loss that has to count, if you’re lucky enough the value maybe not that big, but it might also be a big value that will cost you a lot. The commercial bill counter comes with mechanisms that they apply to detect a fake bill passing through. That saves you the time and frustration of being told when you take the money to the bank for a deposit that there are some fake bills in your stack. Worries about being duped also become a thing of the past.

Advantages of the commercial bill counter

Saves time. Time is money and the less the times taken to perform one task the better. Furthermore, there are other things to deal with not just one task.

It saves money. No more having to deal with losses brought about by taking in fake bills and learning about them later.

It’s good for the health. This I apply using the current pandemic we are facing as the reference point. The less the contact time one has with physical money, the better. It, therefore, means you are not prone to germs that can be passed from one person to another, that’s a great plus according to me.

It’s small in size and portable. No worries about it taking much of your working space and disrupting the way some items were arranged.

Cost-effective. Its price varies and no matter the size of the institution you’ll get one that fits perfectly in your budget and no need to source money from elsewhere. It also gives services that you will never regret the reason you purchased it in the first place. In short, it gives you your money’s worth.

I know fear is one of the things that rule our mind when it comes to trying new things but we don’t have to let it win. Accidents happen in our day-to-day lives involving some of the means of transport we use but that doesn’t mean that we stop using them or don’t go to work. We go on with our lives with the hope of better tomorrow and safe travels. The same case applies to your fear of technology; believe that it will come to aid you in making things easier and better at your workplace. Let’s leave all the issues of money to the machines built for it and focus on the issues that require our attention.